A Night to Remember

287 Spring Street. What happened at this address a few weeks ago wholeheartedly encompassed the mission of EX LOCUM. This is where music collective “Rhetorical Intentions,” comprised of some familiar faces like Imperial Chambers, XG, Jet Commander, Mara Uriah, and other additions such as Chvse and Squid, hosted an electrifying show. The group energetically performed their original music as the crowd wildly cheered and bounced along. The atmosphere honestly
cannot be described by a word other than “Lit.”

The walls were covered in innovative artwork by our very own resident poet, Emile Ravenet, and every detail of the performance was caught on camera by Bernard Scudder. These various art forms dramatically collided to create an
exhilarating experience.

Each audience member joined together in support of these young artists who left everything they had on that stage. It was utterly raw and real. Majority of the crowd had not known one another prior to that night, but I am 100 percent sure not a single person felt “out of place.” 287 Spring Street is just an address, but these artists instilled it with life and vivacity. Be sure to give them a listen, and look out for their future shows because it truly was a night to remember. 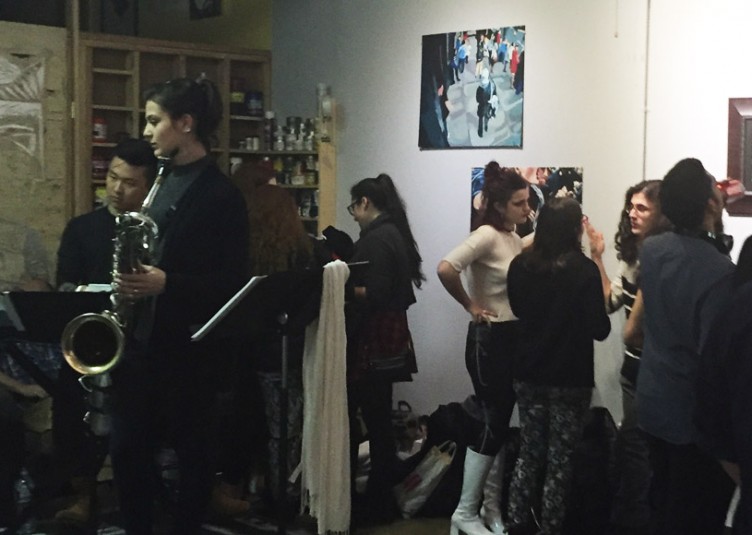 Flying from “Falling From Grace”